Warrior of Atlantis is Available 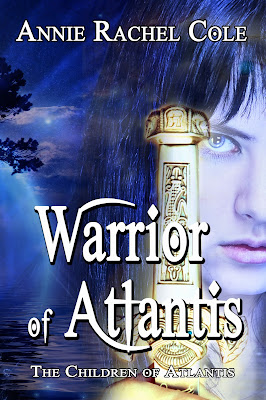 Warrior of Atlantis
The Children of Atlantis, Book 3
by Annie Rachel Cole


Raven Weir is the daughter of Poseidon and Medusa.

Raven Weir is the Guardian of Atlantis, the one who stands between the gods and a power that could destroy this world. She is a target for anyone who wants that power.

Raven knows the Byssolarian who kidnapped her is not the brains of the operation, but he is power hungry and dangerous. To get the power he desires, he is willing to destroy everything and everyone standing in his way, including his own people and their underwater city.

He must be stopped.

Raven knows she has to protect the Byssolarians, but what will she have to sacrifice in order to do so?

Will she be able to protect her heart from the Byssolarian warrior who wants to claim it?