Guardian of Atlantis on SALE! 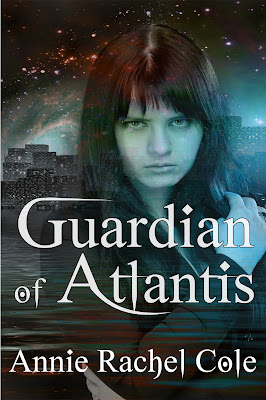 Raven Weir has never been a normal teenager, yet she just wants to do normal teen stuff like have friends and go on dates, but she has a destiny--a destiny that makes itself known on her sixteenth birthday, when she receives a mysterious necklace containing the key codes to the legendary Atlantis, a city of ultimate power.

Whoever controls Atlantis has the power to rule the world, and Zeus will stop at nothing to gain control of Atlantis, but he's not alone in his quest for world domination. Others want Atlantis too, and are willing to do anything to get it.

Raven quickly discovers being the Guardian of Atlantis is least of her problems. Her mom has disappeared, her history teacher and a crazed Hell Hound are trying to kill her, she's being chased by government agents, a trio of nymphs has sworn to protect her, and then Raven discovers the true identity of her biological parents.

Now Raven must decide what she is willing to sacrifice in order to fulfill her destiny, keep the people she cares about safe, and save the world.